Why is Responsive Web Design Needed?

Mobile phone use has seen a dramatic increase over the past five years. This is partly due to the increasing mobile data speed, reduction in the cost of data, and the growing use of smartphones.

Websites in many industries are now used primarily by mobile phones rather than desktop computers or tablets. This has created a need to improve the user experience for mobile users, so they don’t have to zoom in to read articles or navigate the website.

As a London web design agency, we have witnessed the demand from clients for responsive web design and development for several years now so we now build all websites with mobile responsiveness.

Responsive websites use a grid system with flexible columns, gutters and margins. The grid system automatically resizes to fit the resolution and orientation of the device, whether that is portrait or landscape or a desktop or mobile screen. This eliminates the need for a unique design and development for each device available.

Frameworks such as ‘Bootstrap’ were developed that uses a grid-system with 12 columns. Content is placed within the columns and can span several columns.

Columns automatically resize to the width of the device or rearrange the columns vertically.

A web developer has control over how many columns should span the width of a device depending upon how wide it is in pixels. A tablet device may allow six columns to span the full width, but in other areas of the page, four columns could span the width.

This method gives web developers a lot of control over how the content can be viewed on a variety of devices.

Rather than create a different layout for every device, or every pixel width, a web developer can create breakpoints at which the columns will change.

Responsive websites allow for new devices with a large variety in screen sizes and resolutions.

Website users can change your orientation of their device at, and the websites will automatically resize without having to reload the page.

In addition, people don’t always maximise their browser whilst you’re on the laptop, especially large screens where they may have several browser windows open at one time. The websites need to adjust to each of these browser windows as soon as they are resized.

Fluid images scale proportionately using the same image for desktop, mobile and tablet devices. This works well if you don’t have large images or there are very few images on the webpage, however for websites with several thousand US or webpages with multiple images, thisWill mean much higher bandwidth usage which can slow your website down as well as the page load time and costs significantly more due to the bandwidth costs.

The solution to this is to resize and provide the user with an image of exactly the resolution they require full advice. An application such as Optimole does this by providing an image of the exact resolution requested by the device. This results in lower bandwidth and quicker load times which is ideal for larger websites are quicker load times for your London based clients.

Displaying all elements from a distance webpage for a mobile webpage on both grouses isn’t always the best method is convenient to do. Hiding elements such as mobile menus or images or an illustration that doesn’t scale well to a mobile device is advisable.>

We can do this by simply selecting to hide and elements which are a feature available in most modern themes now.

Hovering on links or images to displayed text isn’t possible on touchscreen devices so we need to ensure that the hidden tax is visible on a mobile device but can also be hidden on a desktop device at which allows for a hover.

Buttons also need to be easily and take a full with texts that are large enough to read it, so it wasn’t that these are scaled hopefully see you on able to invoices. This is now a negative ranking thanks do you have such engine links or text is too small.

Navigation for mobile, tablets and desktop computers or difference. Although you can use a mobile menu on the desktop, it is usually advisable to expand your menu with multiple options available as a Mouse is used and so you can reduce the number of clicks by having menu options clearly available.

Enable menu will generally have a burger bar icon which then displays a menu with the secondary menu available by clicking on an arrow to indicate a second your menu.

Recent changes by Google To its search engine ranking criteria have changed to favour websites optimised for mobiles and penalise websites that aren’t.

These errors can be seen in Google search console and our flag up as being non-mobile friendly. These could be issues such as elements being too small to click, website loading too slowly, the text being too small to read or issues with microdata.

These can have a dramatic negative impact on your search engine ranking if they are not fixed, so businesses looking for lead generation or to sell products online must have a responsive website that passes all the criteria set out by Google within Search Console else risk losing a large percentage of their web traffic and in turn, conversions and product sales. 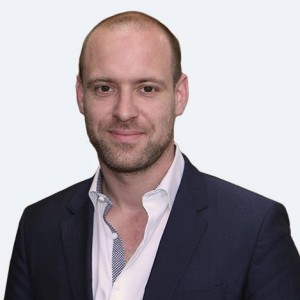 Installing a WordPress theme from Themeforest

How do I remove index.php from WordPress permalink?

No spam, notifications only about new products, updates.

Among the best sites for coures is Udemy. Their courses range from Photoshop to baking and even yoga, so there’s something here for basically everybody.

When a user opens a website, the whole page’s contents are downloaded and rendered in a single go. While this allows the browser to cache the web page

Installing a WordPress theme from Themeforest

Action 1: Download The Theme & Locate wordpress-theme. zip. If you currently downloaded the theme

How do I remove index.php from WordPress permalink?

If you have index.php within the WordPress URLs, there are three main ways to remove

Any cookies that may not be particularly necessary for the website to function and is used specifically to collect user personal data via analytics, ads, other embedded contents are termed as non-necessary cookies. It is mandatory to procure user consent prior to running these cookies on your website.